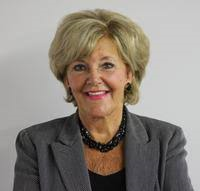 Becky Pippert is a veteran global evangelist, evangelism trainer and author of the classic Out of the Saltshaker & into the World. She visited Norway recently as one of the key speaker at UL 2017, a major annual evangelical youth conference.

After having returned to her present home in US, Becky Pippert wrote the following insightful reflections in her prayer letter on the difference between Christian witness in Europe and in the US:

We have only been back in the US for a year, so that I can write my new book on evangelism, but we were reminded again of the differences between Europe and America. Europe has been so secular for so long, but ministering there for 7 years we felt we were beginning to see the back-end of secularism in many countries. Particularly younger European skeptics are starting to see the emptiness of secularism in answering their quest for identity, purpose and meaning – which means they are more open to spiritual answers. The problem is that Christians have grown accustomed to being silent in witness, because it was always considered politically incorrect to speak of private matters, like faith.

But U.K. and European Christians today, especially students and younger adults, want to know how to raise the topic of faith naturally – how to answer the questions skeptics raise – and how to communicate the gospel effectively to skeptics with confidence and joy. That doesn’t mean evangelism is easy in Europe – but the landscape is changing, which was evidenced by our seeing so much fruit in the time we were there.

The American landscape is changing too, but in a different way, as radical secularism is now on the rise. American Christians face very new challenges in communicating faith to an increasingly hostile culture. Consequently, many believers are reluctant about the verbal aspect of witness and wonder if it’s even necessary. They seem less confident in the power and truth of the gospel, and many aren’t convinced of Jesus’ immense appeal to unbelievers (when the Person of Jesus is communicated effectively). They are fine with the «doing» expression of faith – and the «being» aspect of witness – but they struggle to verbally communicate faith in a relevant, confident, engaging way.

By the way, these reactions aren’t uncommon when Christians are living in a culture of advanced modernity with its lethal distortion of biblical beliefs/value that were once commonly held.  What we need is a holistic approach in our evangelism training (doing-being-telling): that helps Christians overcome their fears and repent of their pockets of unbelief; that offers effective ways to reach today’s skeptics; and that doesn’t emphasize techniques, but teaches the truth of God’s Word AND the supernatural power of the Holy Spirit, along with practical help. That is one way the faith of believers can be strengthened (which is really the core of the problem). These are some of the issues I am addressing in my new book on evangelism.

These insightful observations and reflections are well worth reflecting on – both sides of the Atlantic! And it is every reason to look forward expectantly to Becky Pippert’s new book on evangelism.

Some of the issues raised above was explored in my article on «Western Europe – Marginalization of Christians through Secularization?» (pp. 382-394) in Freedom of Belief & Christian Mission (Oxford: Regnum Books, 2015; Regnum Edinburgh Centenary Series, vol. 28). A free downloadable pdf of the whole volume for personal study is generously provided from the publisher HERE.

(The excerpt above from the recent prayer letter is published with the personal consent from Becky!)